Today we talk about how with the right mind set, action and patience the incremental impact of 1% gains will have  huge impact on you healthcare business.

Lunchtime Live’s with Celia and Kate

No time to listen now?

Don’t miss out on the next episodes and some great expert guests to help grow your clinic or practice into a thriving business!

All my podcasts are available here  – Listen Now!

Or check out the transcript below

Kate Markland: Hello, and welcome to lunchtime life on Tuesday 24th of November with myself, Kate Markland and Celia C hampion today, we’re talking about the marginal gains, all the little one percents and what they add to, to help build the whole picture. So, Celia, you mentioned a wonderful book which describes just this and how it’s been applied in sports and how you can apply the same thing to business.

Celia Champion: Yeah, I read the book ages ago and actually it just came up in one of my success clubs last week. And, one of my clients had just read the book and she just said the penny just dropped for her. So she’s been wanting to write a book for years and years and years, and it’s always been like, it felt like such a big project. And when she reads the Atomic Habits by James Clear, https://jamesclear.com/atomic-habits and suddenly she realized that she just needs to be a writer and she needs to write every day. 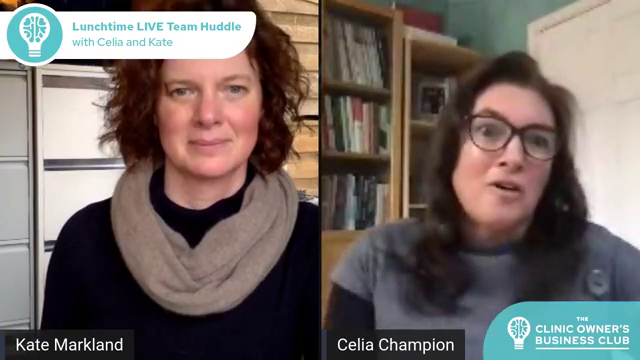 Celia Champion: And so she’s just broken it down into that. You know, she’s just writing 1% more every single day. T he whole book is all about the story of the British cycling team and, since 1908, they were just not really performing at all. To the extent actually, there’s one of the big European bike, suppliers wouldn’t supply the British team. So Dave Brailsford took over and he just was looking at this kind of the aggregation of marginal gains. And like he looked at all the tiny little elements where you could just make, say the sad d1e 1% better, the gel that they used, 1% better, the pillows that the cyclists use to sleep 1% better. And even like painting the inside of the truck, so that they could see the painted white so that they could see any kind of speck of dust that could obviously, you know, with the fine tuning of bikes could just be there, that little edge and all those things after five years, in the Beijing Olympics that the British cyclists did exceptionally well.

Celia Champion: And again, and again, in the London Olympics, I think they took 60% of the medals and, so all those marginal gains that they worked over a period of time just added up, added up, added up and, and that’s where I think a lot, a lot of the time you think that success means

Celia Champion: It’s not suddenly, you’ve found some magic bullets that you can put on your running shoes and suddenly run five km’s if you’ve never run it before, but actually just in a short period of eight weeks, you or a runner.

Kate Markland: Wonderful. And there’s plenty of other examples for marginal gains have been shown to have huge, huge, and we can think about how we apply this with our patients as well. Quite often during rehabilitation patients might well get frustrated that they’re not making progress rapidly as they would like to . You as the clinician can see the marginal gains and, you know, the value of that daily repetition, and again, and again and again, and then the penny drops for them and you know that’s going to happen. And it’s just applying that same knowledge that you have during a rehab program to your yourself and your business. I was just going to ask you to remind me what the book is called. 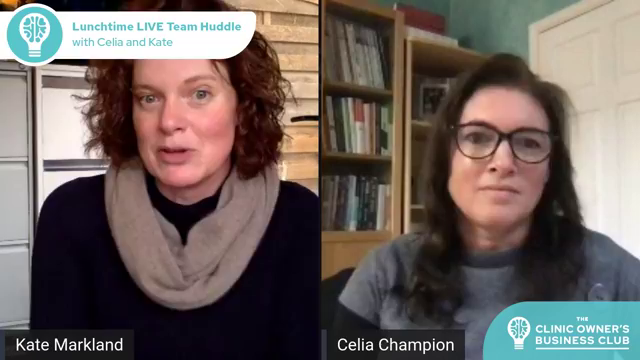 It’s a, it’s a really brilliant book. And, you know, I think as you were saying that rehab of patients, it’s just also reminding the patient of the margin gains that they’re making, because sometimes I’m sure you’ll have patients that will have had treatment and they come in and, and you’ll ask them, how have they been since the last time you saw them . And they said, Oh, I’m still in pain. And, but actually when you start asking them, have you been able to put your jacket on or you’ll say Oh, I see that you’re able to take your jacket off on your own today. And you know, so it’s reminding your patients with those marginal gains, what we want to our client group, is for you to be able to apply those practices that you apply in your clinical side of your business, to your non-clinical side of your business. So what marginal gains, you know, what things can you do in your business to see those marginal gains over time 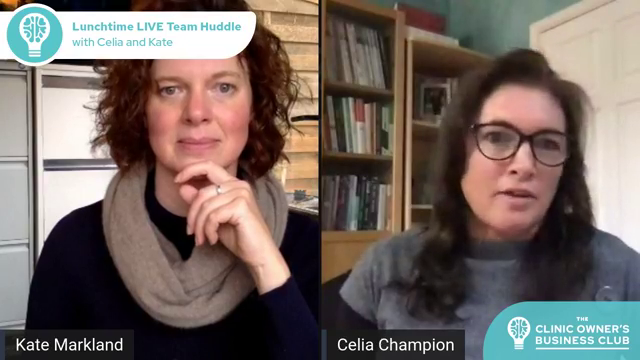 To find out more about The Clinic Owners Business Club:

Join our amazing community of Clinicians and Clinic Owners on Facebook:
https://www.facebook.com/theclinicownersbusinessclub

And check out The Clinic Owners Business Club website:
https://clinicownersbusinessclub.com/

Lessons from the Foot and Mouth epidemic

Value of PR as part of your practice marketing mix

Your Clients Want You To Charge More! w/ Mike Michalowicz

Live Q&A. What should the team and I wear in the clinic?

Is now the right time to reinvest in my practice?

The Words We Use

Time is your most important asset!

Ask Us Anything, Live Q+A

Planning For Profit Every Month